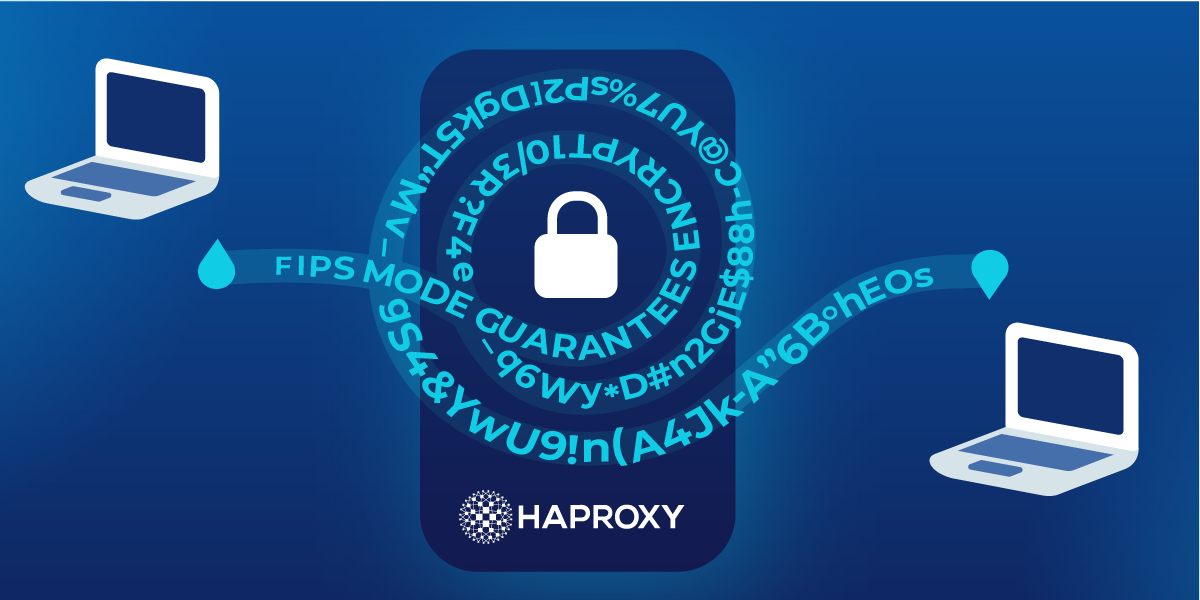 The good news is that you don’t need to invest in the most expensive load balancer to be compliant. You can offload TLS encryption to HAProxy Enterprise as a far more economical solution. There are plenty of reasons to prefer HAProxy Enterprise for TLS. It’s a battle-tested and cost-effective way to offload the CPU-intensive work of encryption from your application servers and it’s routinely updated with the latest SSL/TLS features. For example, it has the ability to use ALPN for negotiating the application protocol, OCSP stapling for exchanging revocation lists, and it provides easy settings for controlling which versions of SSL/TLS and their associated ciphers are allowed.

HAProxy Enterprise does not itself implement encryption algorithms but instead relies on the OpenSSL library present on the Linux system where it runs. As long as the version of OpenSSL you have installed on the system is FIPS certified, then you can use the HAProxy Enterprise load balancer without worry. In this blog post, you’ll learn how to enable FIPS mode on Red Hat Enterprise Linux 8 (RHEL) to ensure that only strong SSL/TLS algorithms can be used with HAProxy Enterprise.

The OpenSSL project maintainers do a lot to keep the Internet secure. One way is by gathering together various organizations like Akamai, Blue Cedar, NetApp, Oracle, and VMWare to sponsor the initiative to make the latest version 1.1.1 of OpenSSL FIPS certified. Currently, however, only OpenSSL version 1.0.2 is officially certified by NIST, and that version does not support TLS 1.3. There’s ongoing work to certify version 1.1.1, with a push to overhaul how the OpenSSL FIPS module works. Technically, the components of OpenSSL that need to be certified were separated into a module called the OpenSSL FIPS Object Module, but I digress.

HAProxy Enterprise is the world’s fastest and most widely used software load balancer. It powers modern application delivery at any scale and in any environment, providing the utmost performance, observability, and security. Organizations harness its cutting-edge features and enterprise suite of add-ons, backed by authoritative expert support and professional services. Ready to learn more? Contact us and sign up for a free trial.