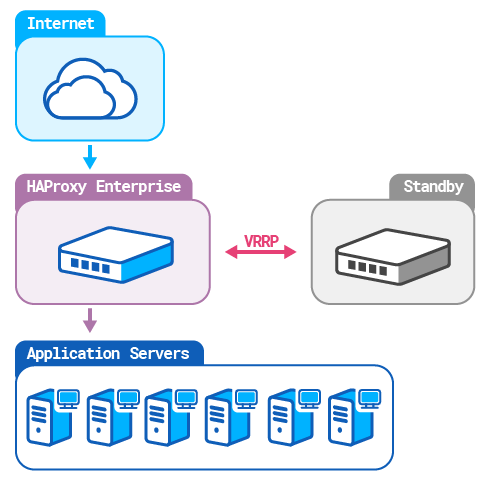 Consider this block, which checks the status of the SSH daemon every five seconds. If the service is not available, then the VRRP instance's weight (i.e. it's priority) is reduced by 4 points:

The HAProxy Enterprise health check is similar, except that if the hapee-lb process is running, it adds 6 points. The reason is in case one load balancer has SSH working, but not hapee-lb, while the other has hapee-lb, but not SSH, the one with hapee-lb will become the active instance, even though it is not manageable remotely.