According to the Stack Overflow survey, Rust is the most loved language for the 6th year in a row. Its code and memory safety, speed, and even non-blocking access to file operations are the features that make it so appealing. Have you ever thought about using Rust in HAProxy and what benefits it could give? Well, one of the HAProxyConf 2021 topics examined this question: the practical usage of the programming language Rust to extend HAProxy. Aleksandr Orlenko from Yelp described how to implement Rust in real-life use cases, transcending limitations people encounter when extending HAProxy with Lua.

HAProxy, by design, can be extended in any language using SPOE (or Stream Processing Offload Engine). However, this method requires running an external program (an agent) and establishing communication over TCP with HAProxy using a specific protocol named SPOP. Hosting an external agent comes with its own tradeoffs, such as the need to host the agent and learn the SPOE configuration syntax. Rust integration does not use SPOE, but instead runs within HAProxy and has access to all of HAProxy’s variables and functions. 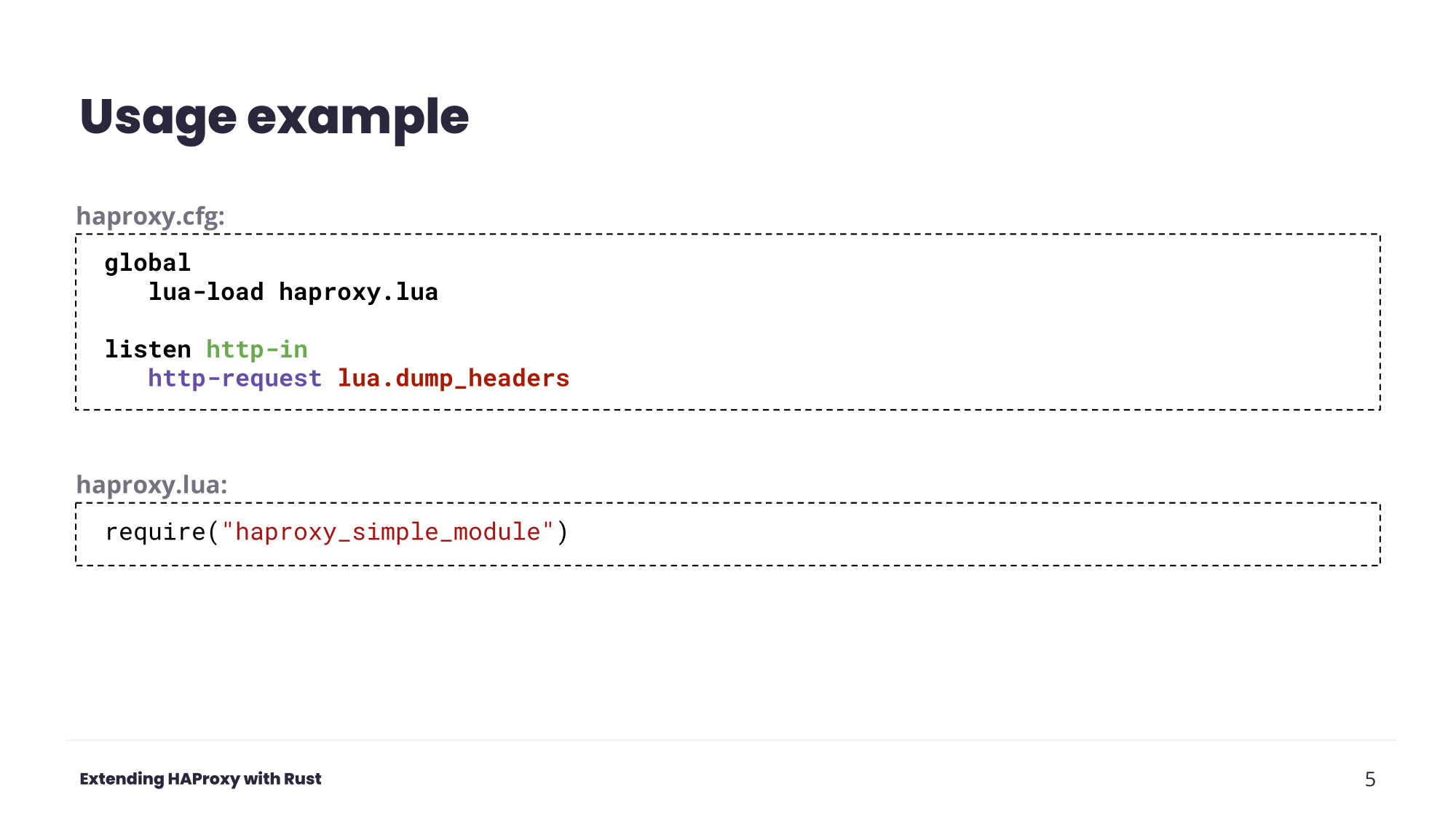 Alex demonstrated another example: creating a complex fetch named lookup_ip that takes advantage of Rust and the Lua-load-per-thread directive introduced in HAProxy 2.4. There is an important option insecure-fork-wanted that allows creating background threads in Rust, which allows you to avoid locking up HAProxy’s main process while doing a longer-running operation.

Aleksandr concedes that extending HAProxy with Rust has some limitations, such as: 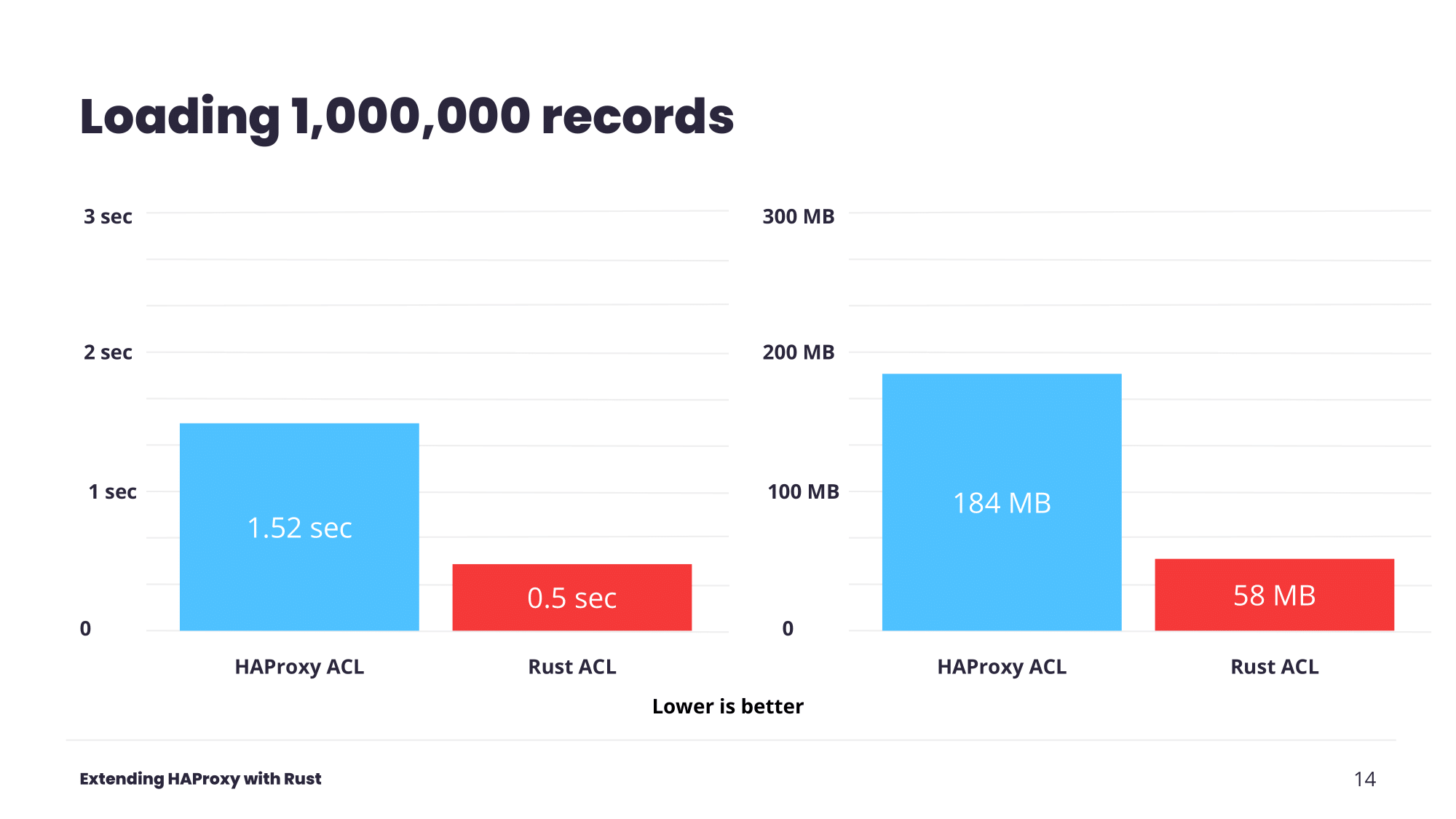 Orlenko created two HAProxy configurations to test out the new fetches: the first one uses native fetches, and the second one Rust-based fetches. They generated a file with 1-million IP subnets and loaded it into HAProxy. The results, which were measured using the Linux /usr/bin/time program, are telling – the Rust-based fetch was 67.1% faster and 68.4% lighter than the native ones.

If you are interested in extending HAProxy with Rust, watch the full HAProxyConf 2021 presentation video (embedded at the top of this page). We also recommend visiting our blog post about 5 ways to extend HAProxy with Lua.

Here you can view the slides used in this presentation if you’d like a quick overview of what was shown during the talk. 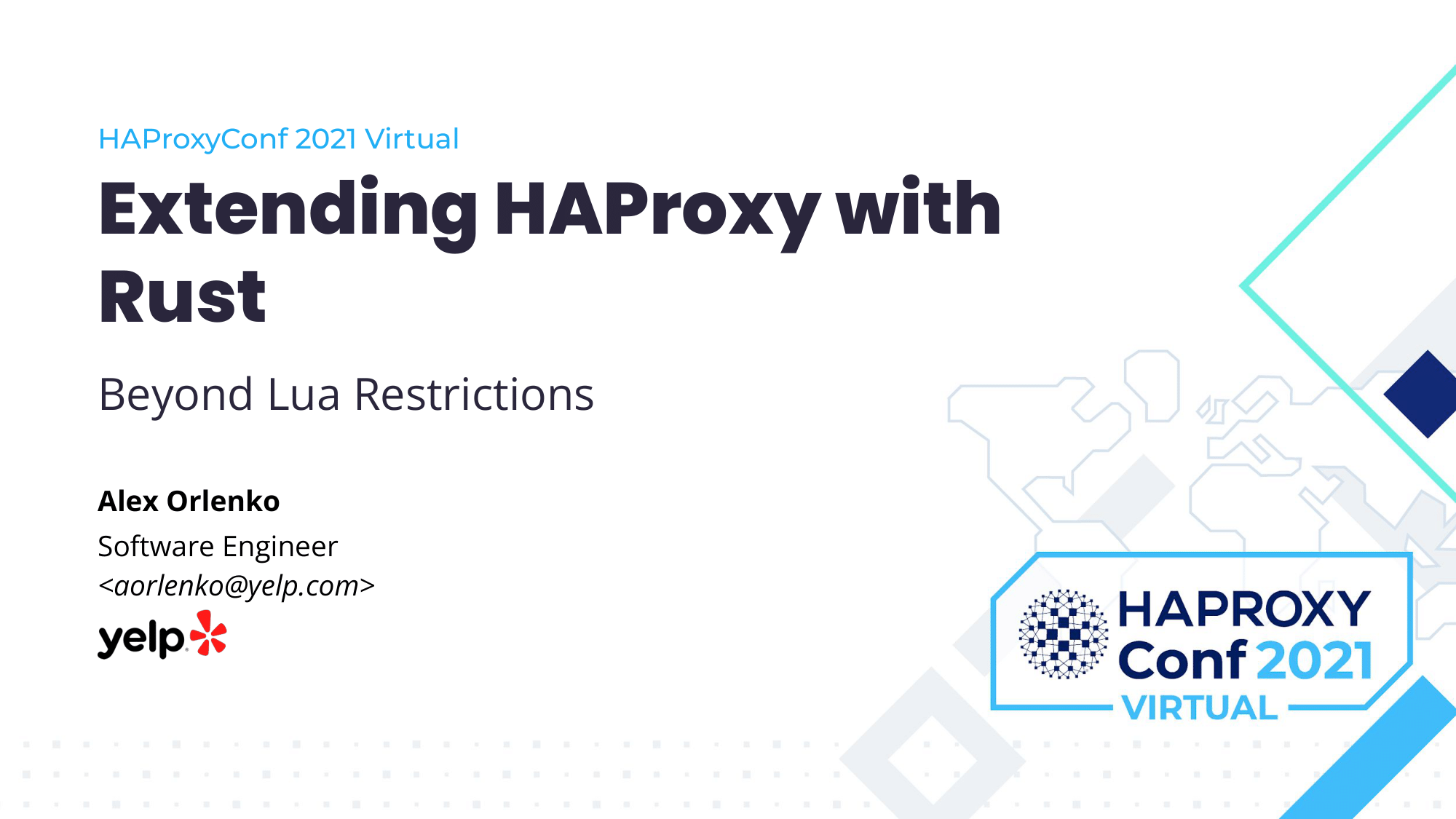 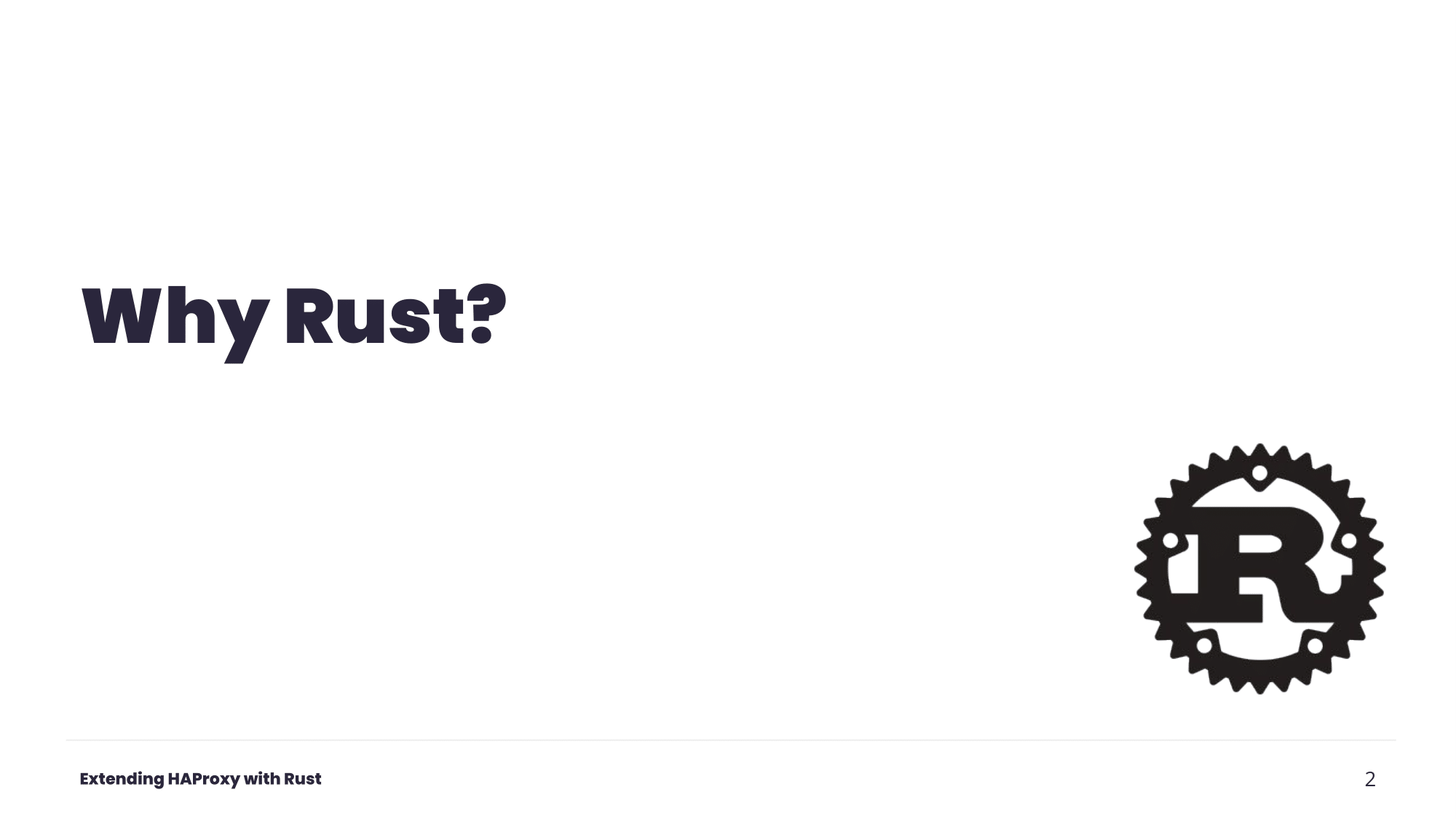 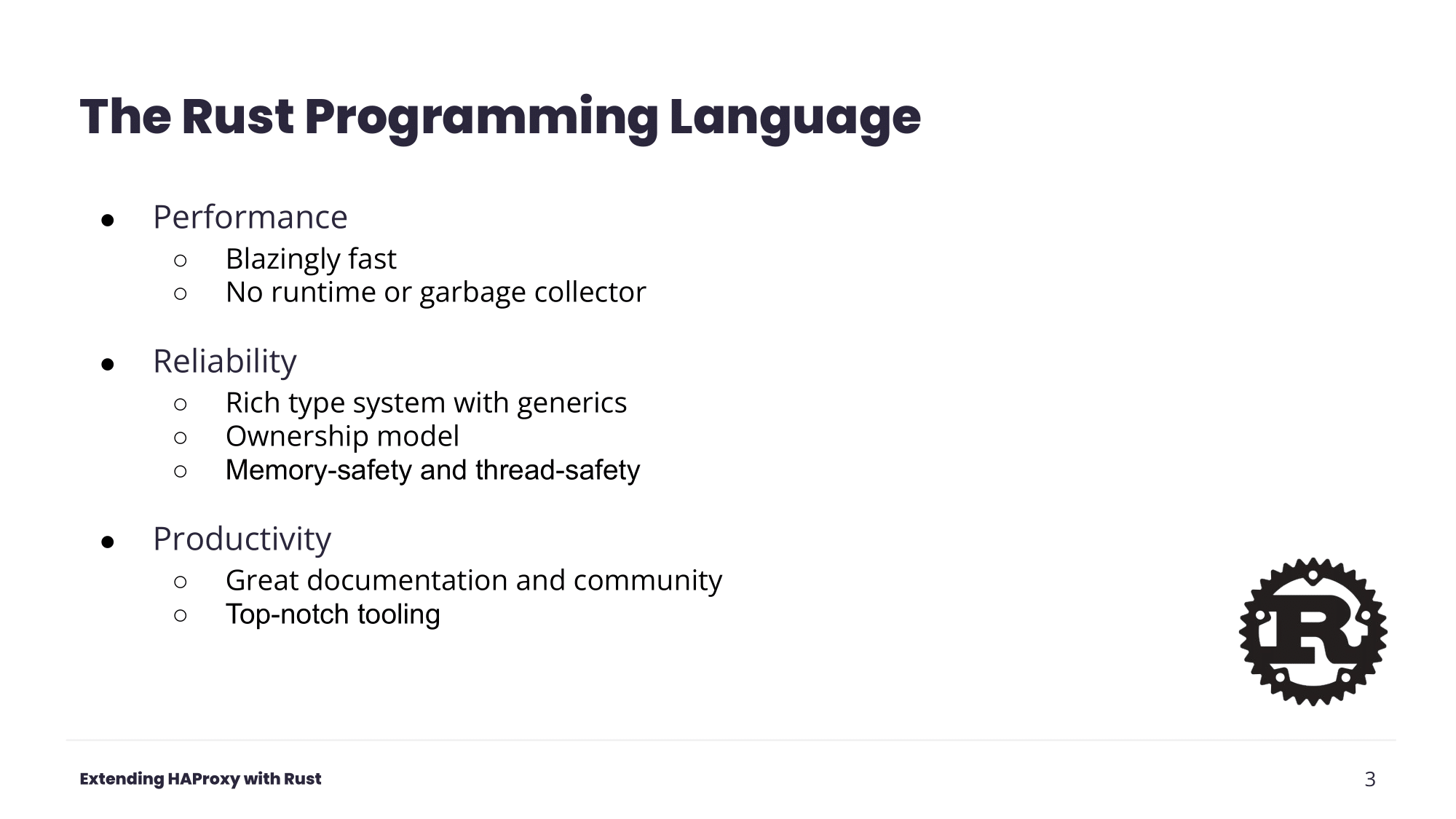 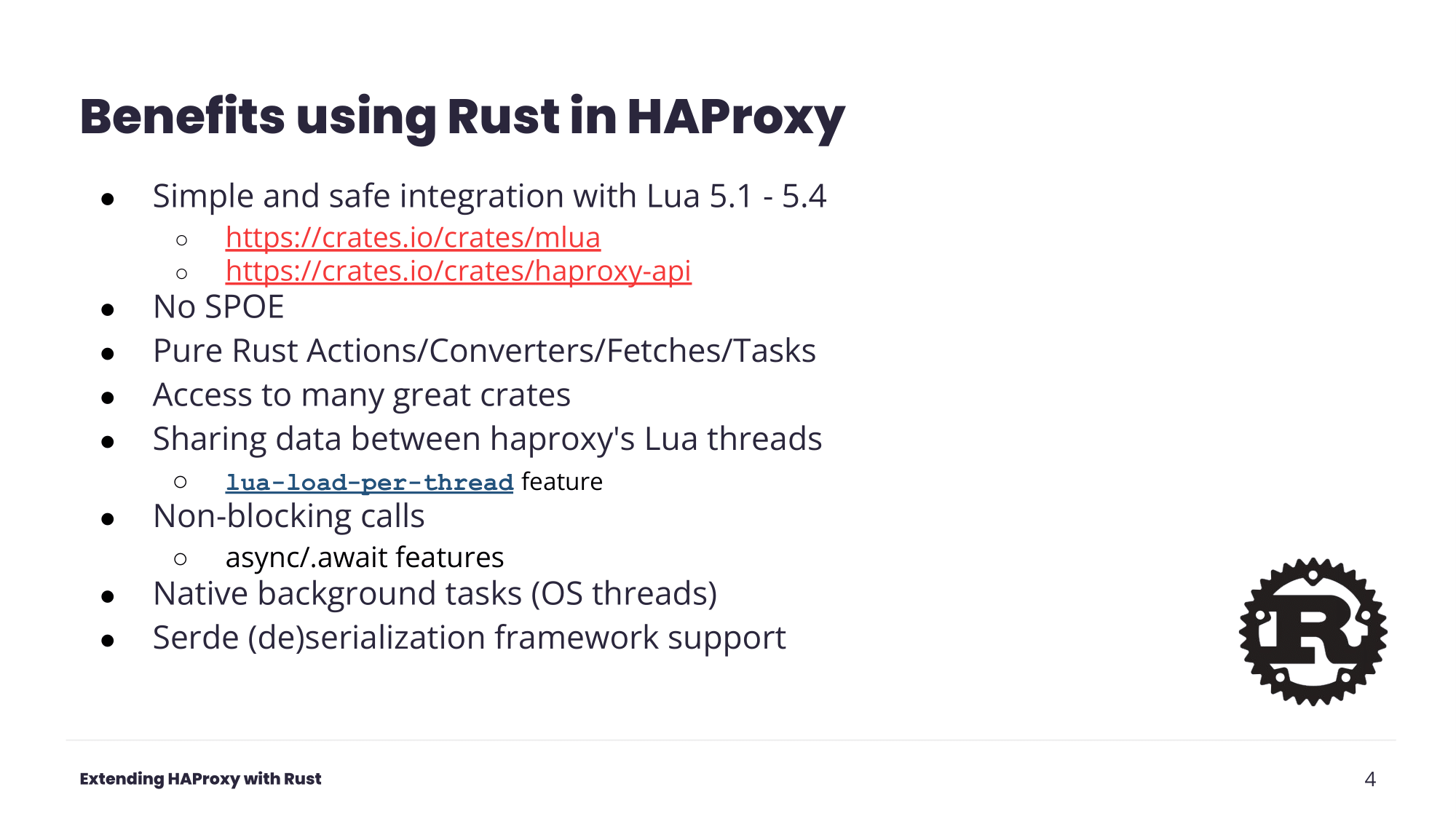 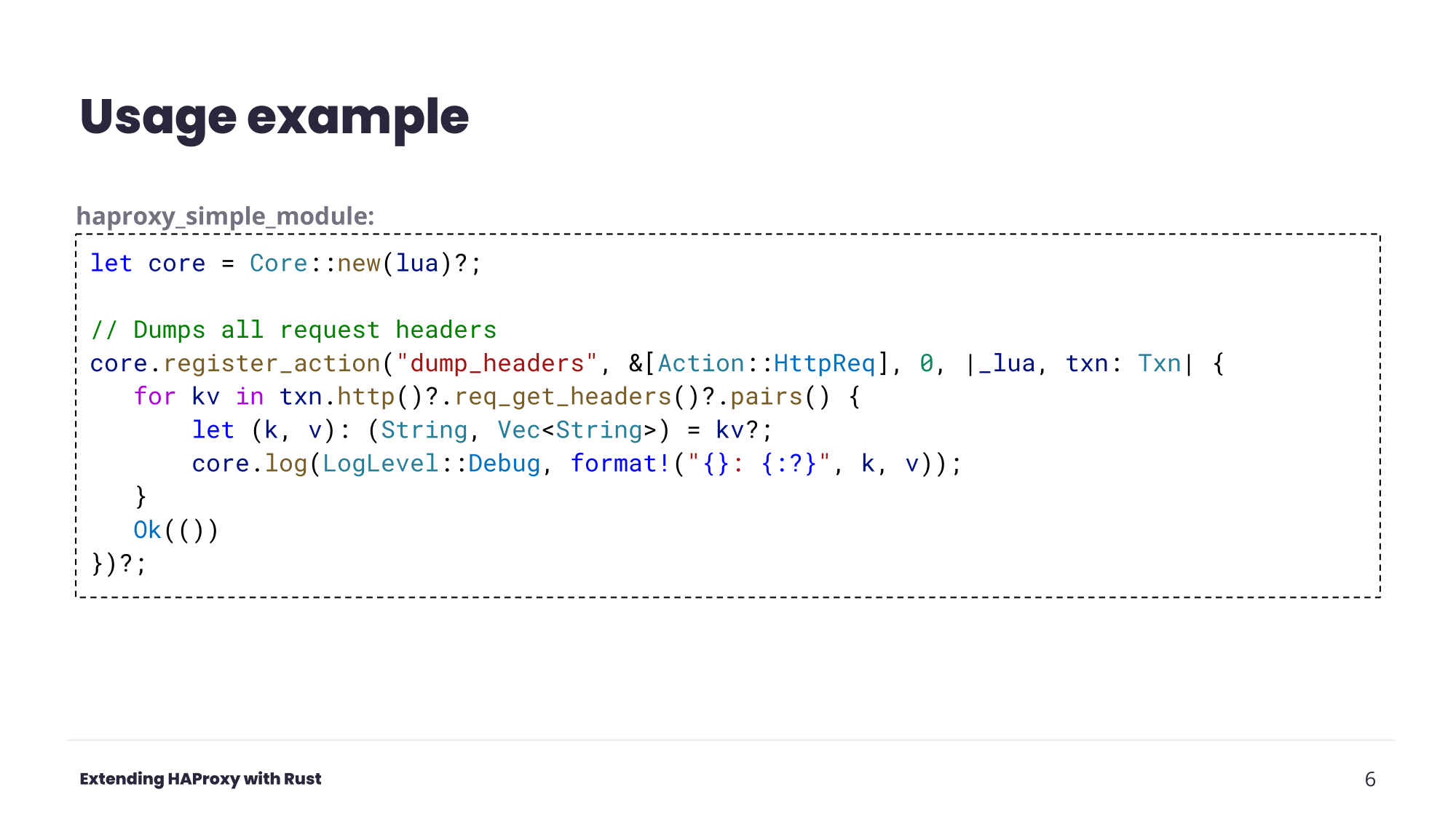 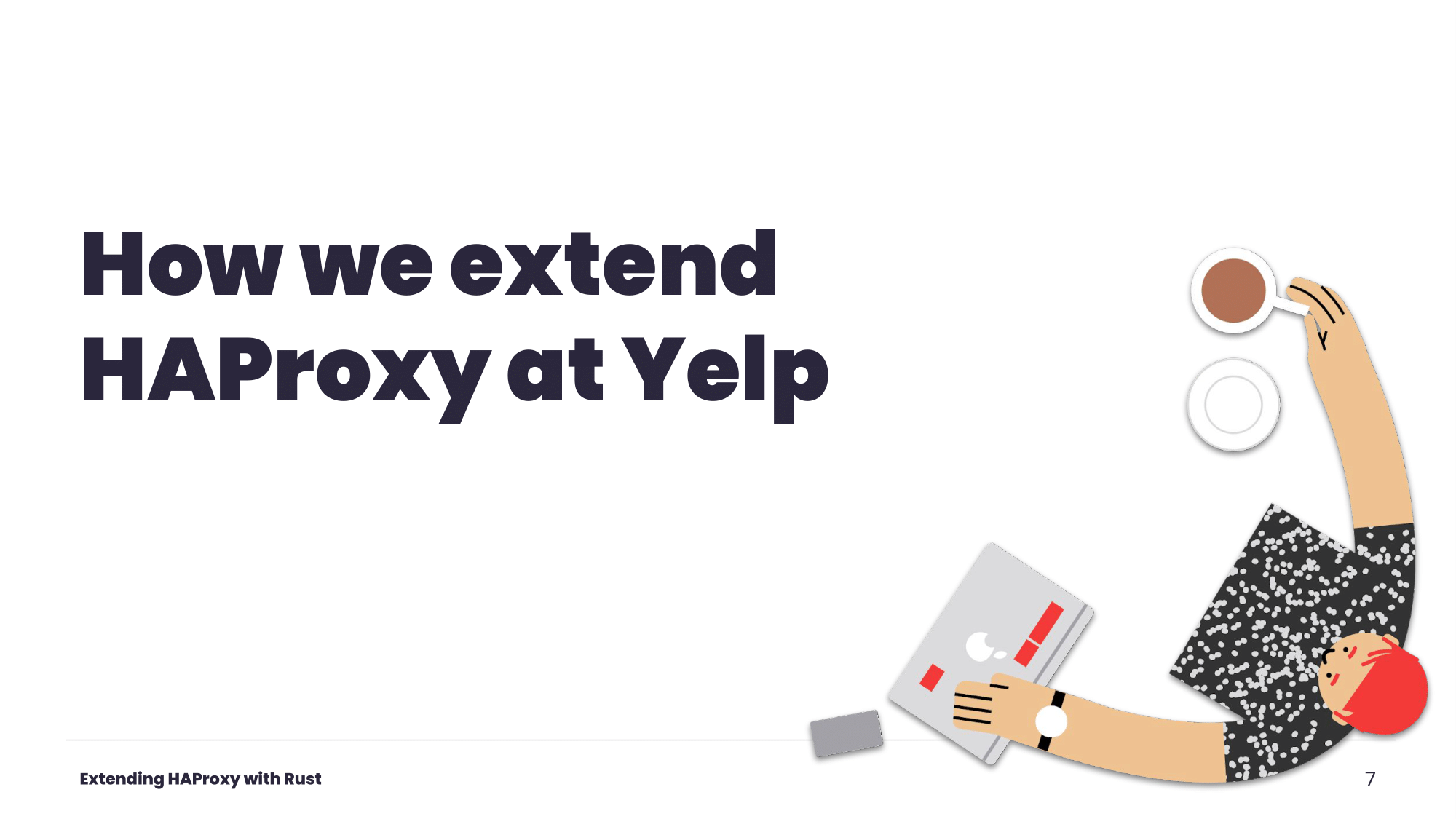 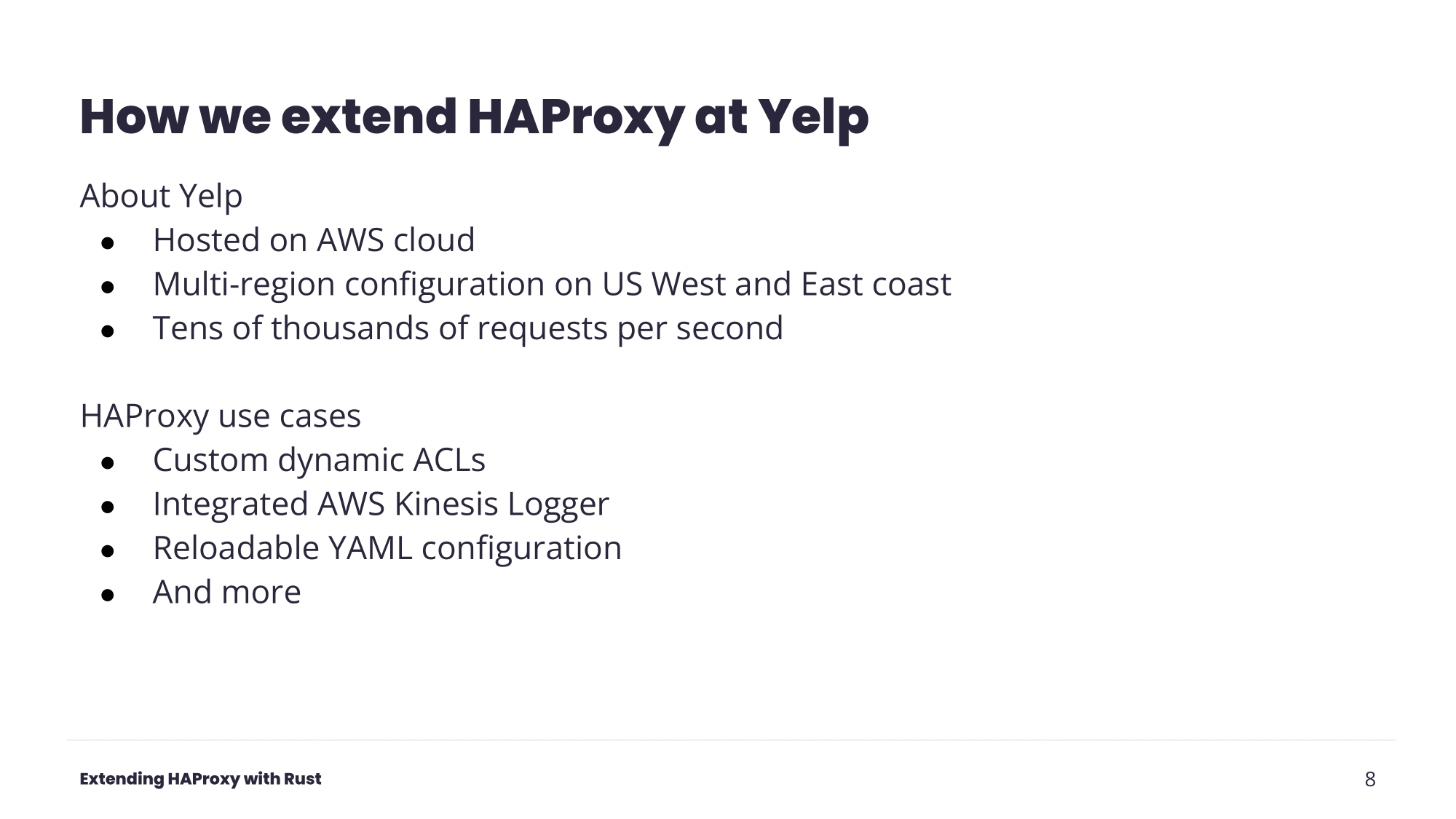 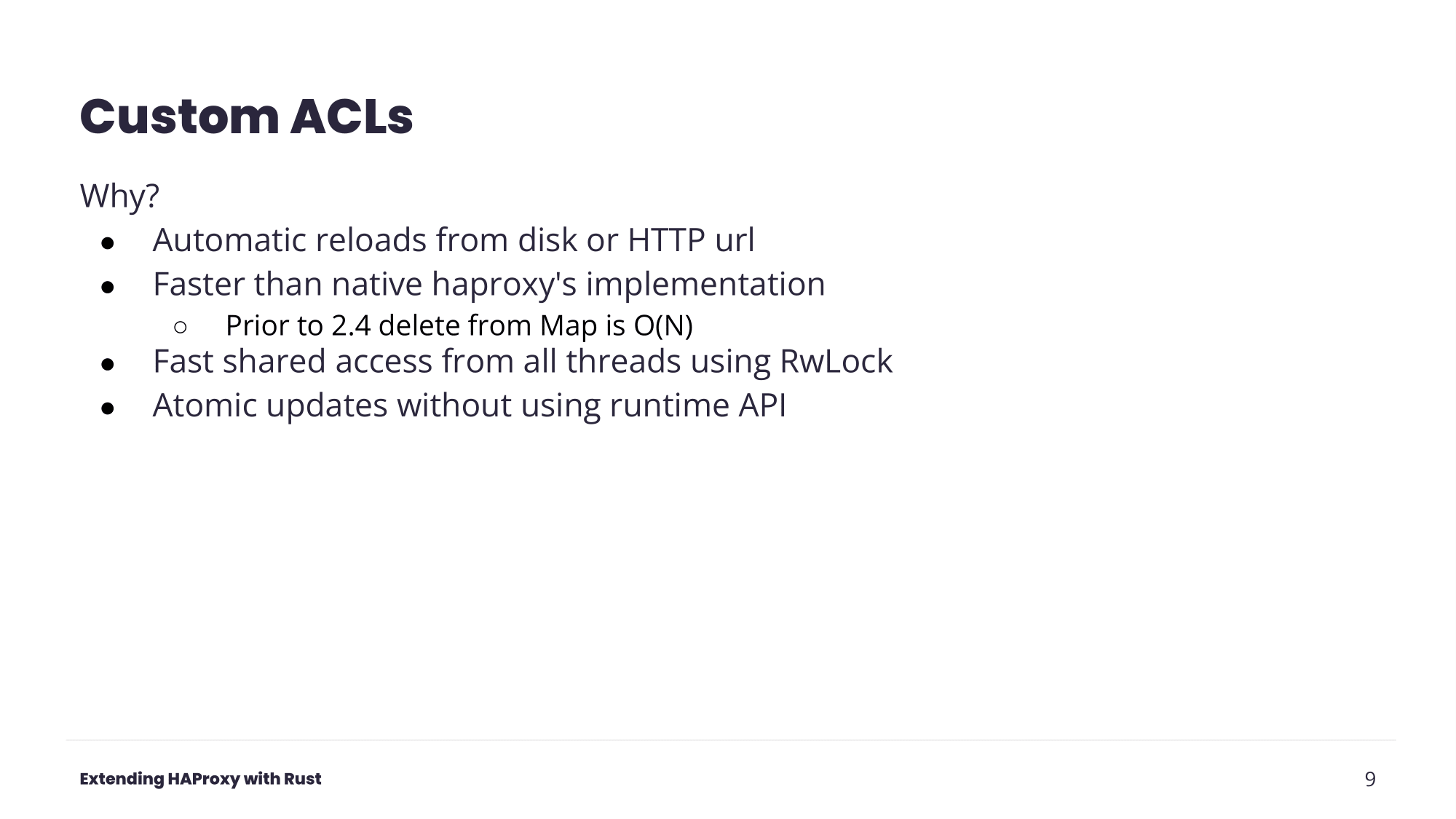 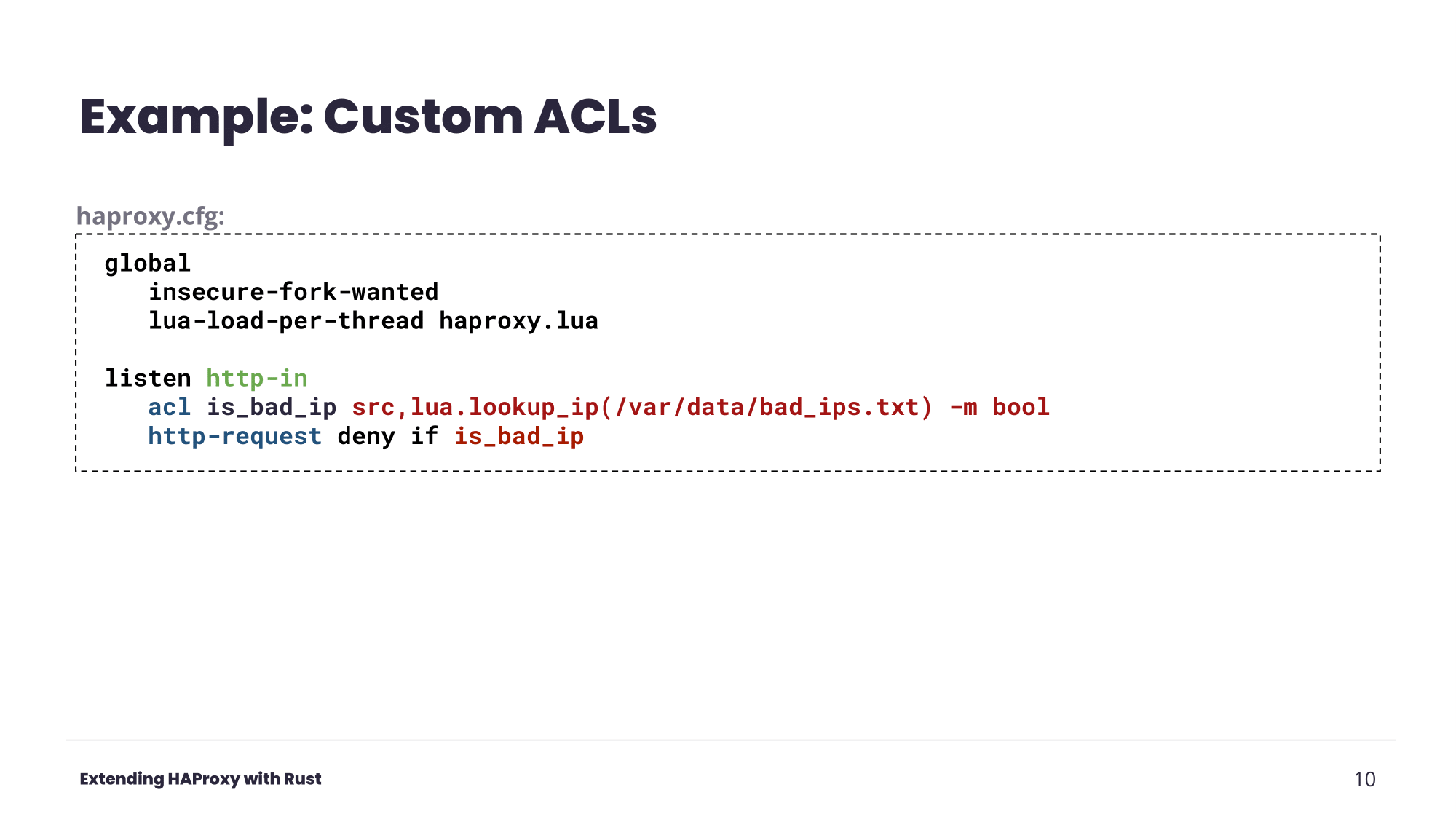 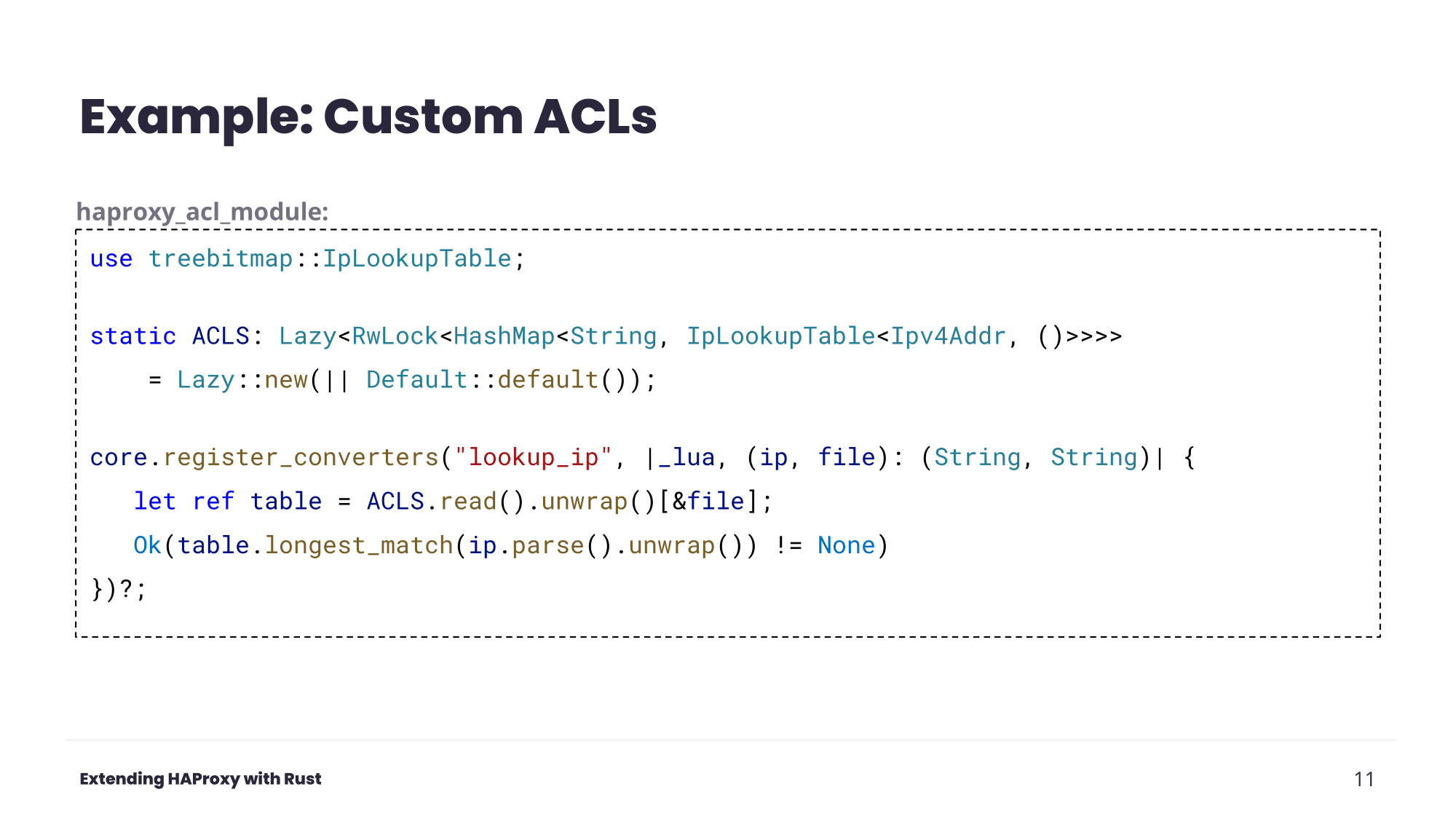 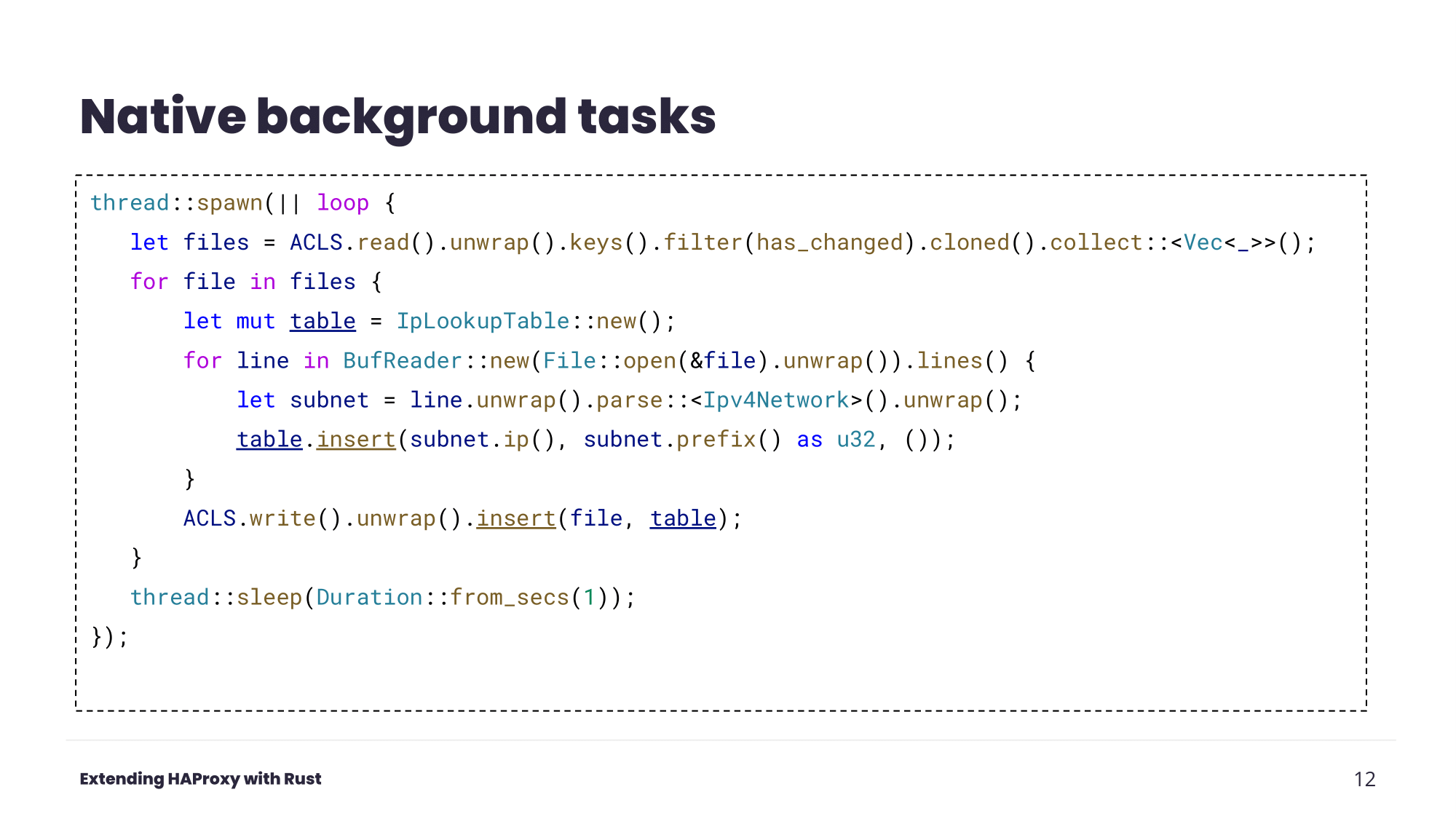 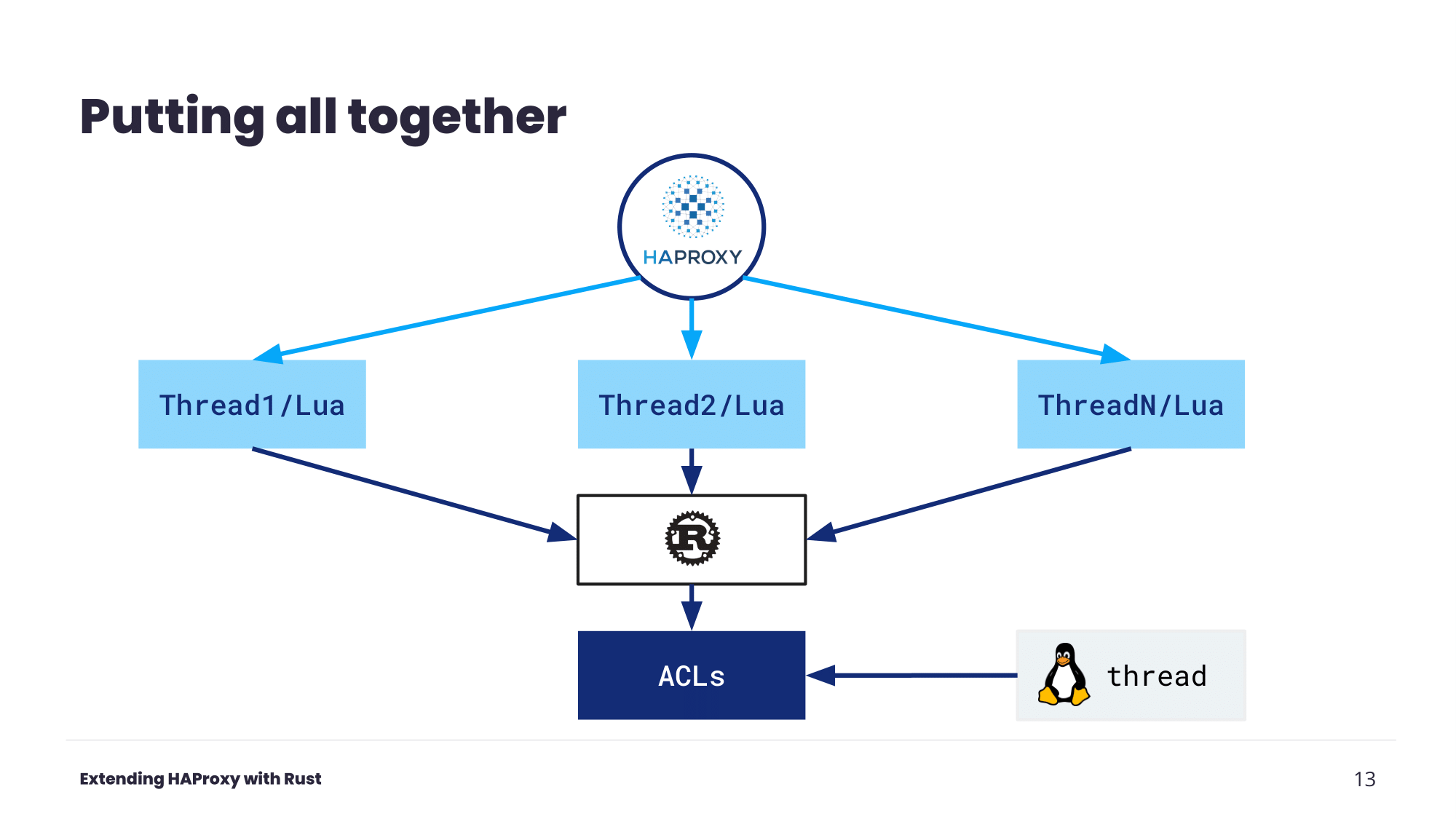 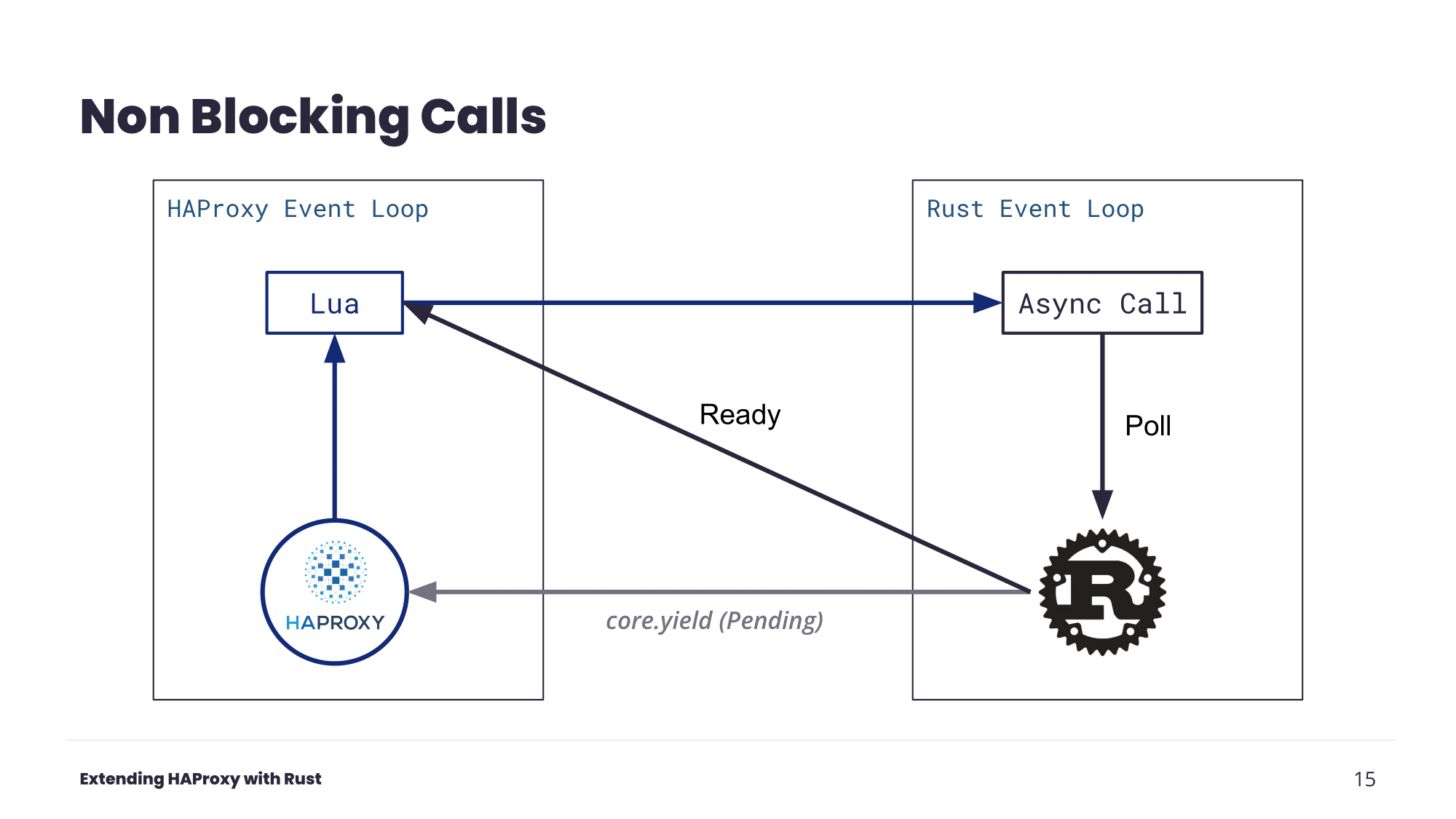 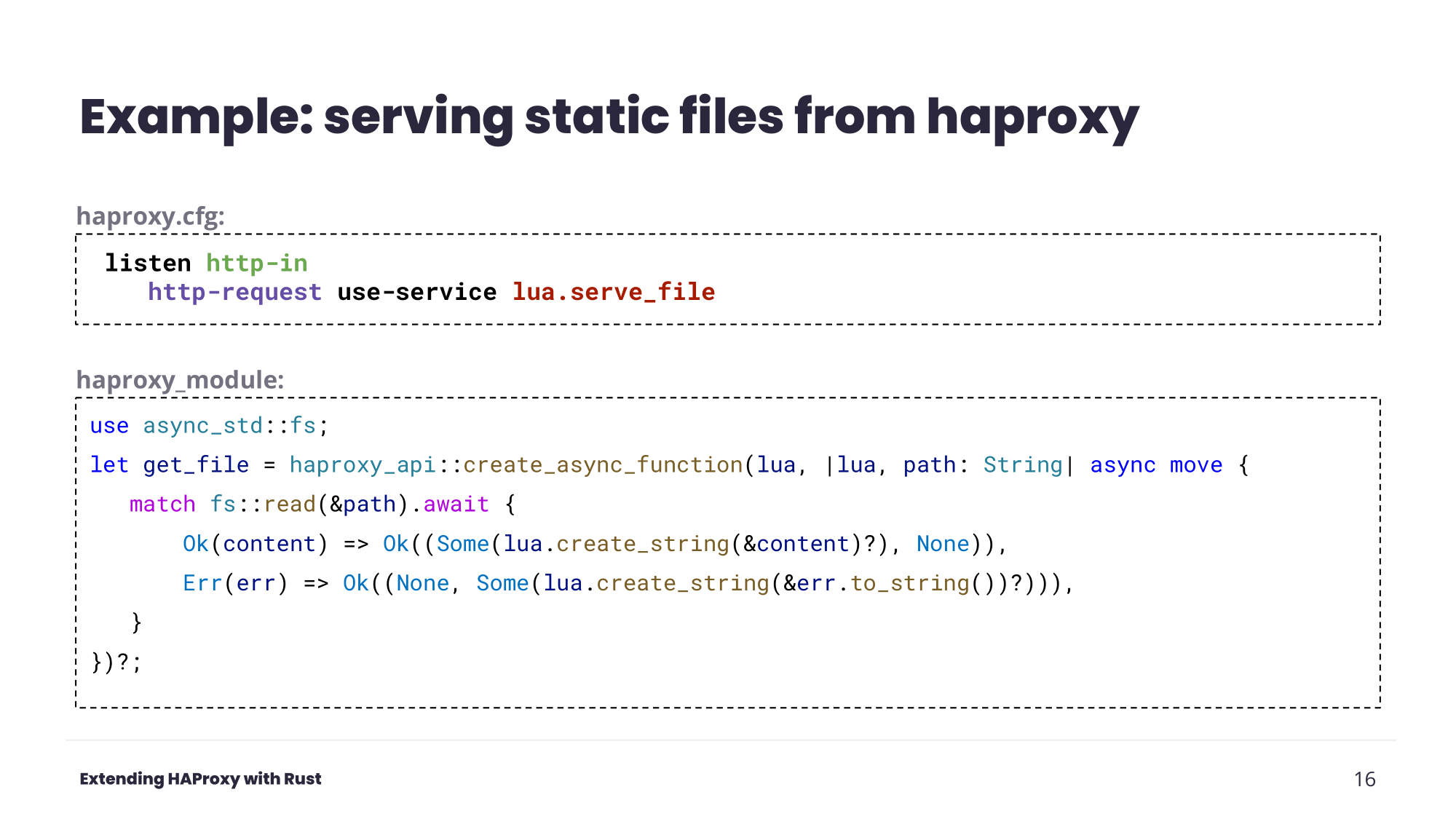 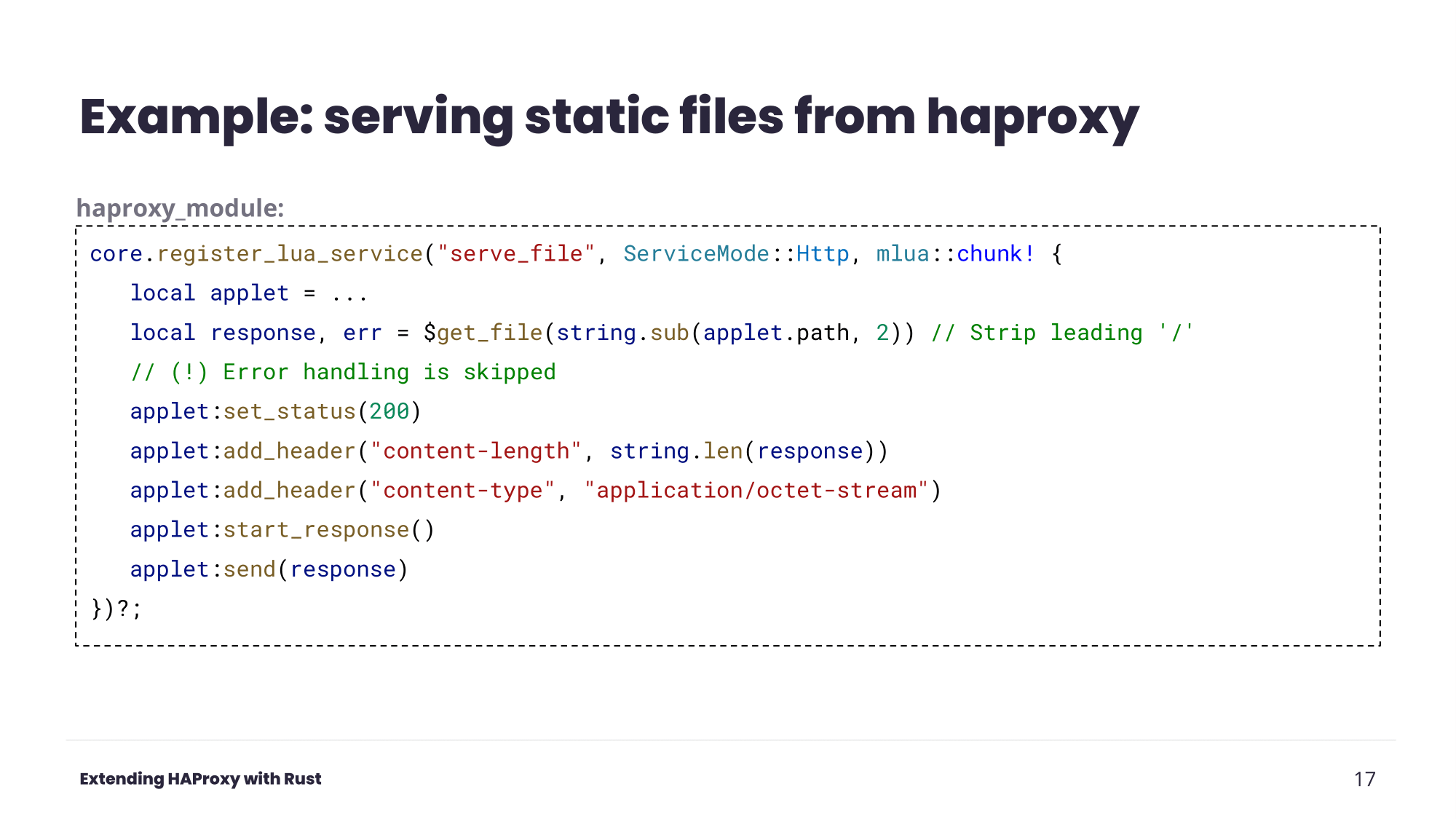 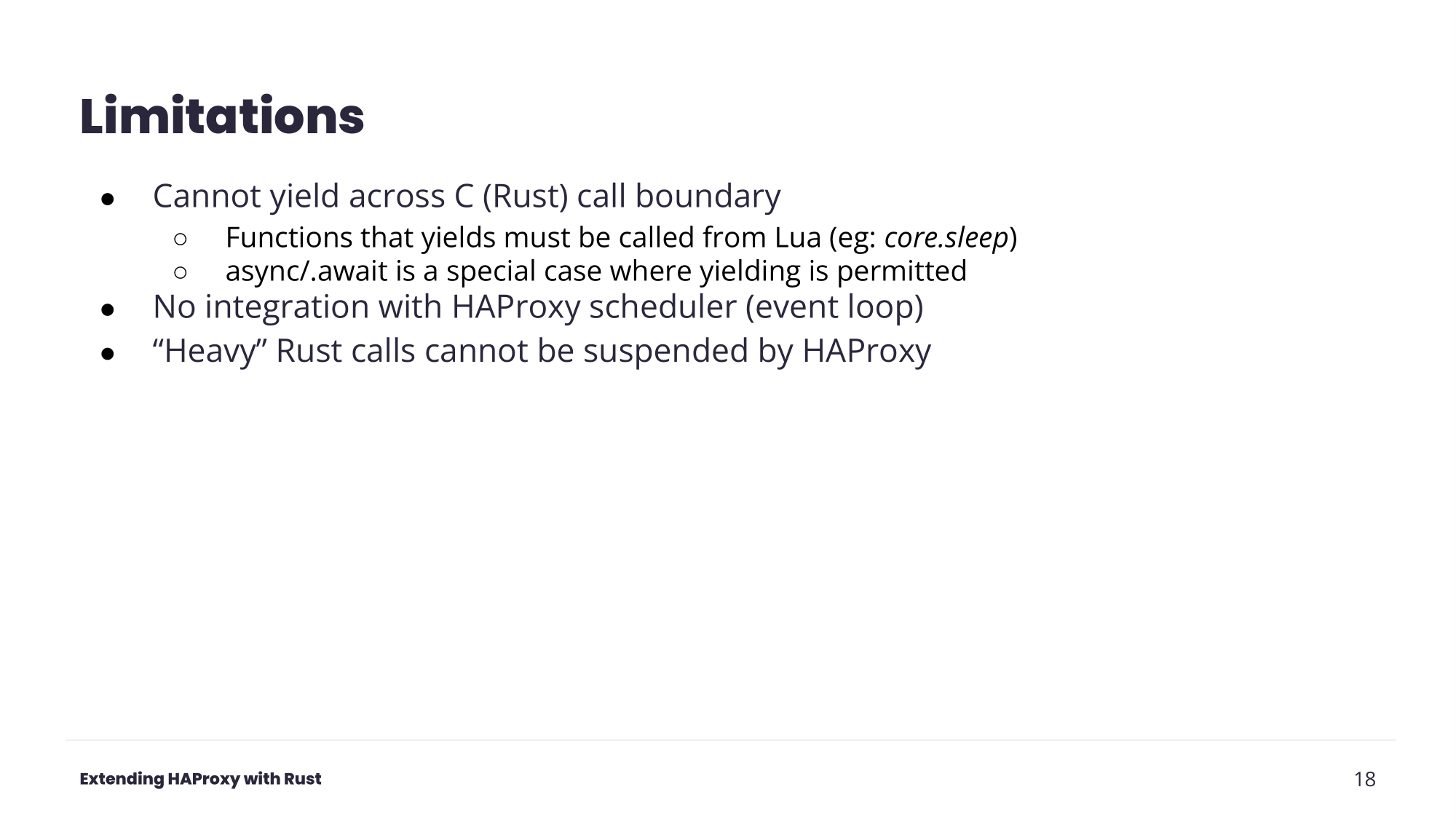 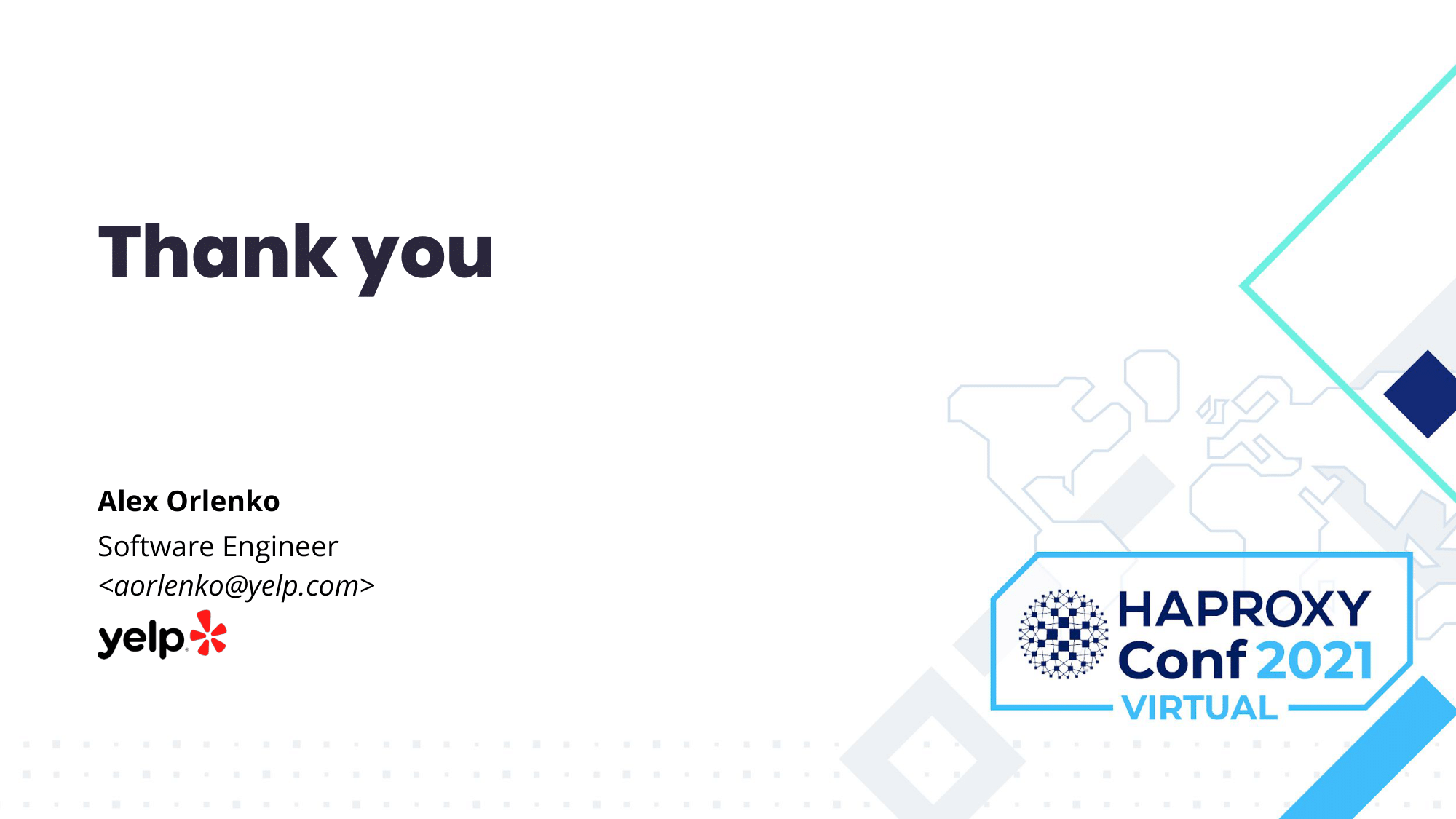 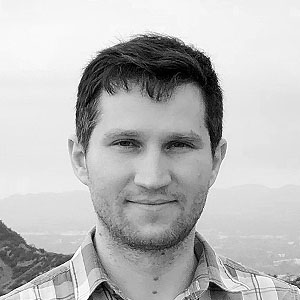 Alex is an enthusiastic software engineer who loves system programming and working on infrastructure projects. His favourite programming language is Rust. He has been working at Yelp in London since 2018 on the Edge team and their main focus is delivering users’ requests to Yelp services with low latency. Ex. perl developer, previously worked at Yandex.Direct. In his spare time he enjoys cycling and flying a small Cessna aircraft.

Organizations rapidly deploy HAProxy products to deliver websites and applications with the utmost performance, observability and security at any scale and in any environment. Looking for more stories?